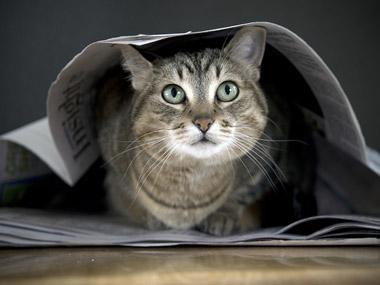 Here at St Francis Animal Rescue we have 23 kittens up for rehoming - More than we have ever had at one time!

2018 has brought the most kittens across our doors in such a short space of time. For years our mission statement has been to get as many cats neutered across South Tyneside, helping families on low wages and benefits with the funding of the vet bills. Unfortunately as much as we have pushed to help, kittens are still being born with not enough homes to go round. This year we have had several stray cats brought to us, for them to give birth in our cattery.

Recently, Nicki took in a stray cat and to her surprise on the day of the Royal Wedding she returned home to find the cat had given birth to 3 beautiful ginger males (were sure, in honour of our ginger Prince Harry). We have named them Harry, William and Charles and will be looking for a home when they turn 8 weeks. Narla the mother cat has found a wonderful home already and will be heading there soon as her kittens are old enough.

Last week in South Shields, council workers were cutting someone's garden lawn and to their horror spotted new born kittens hidden in the long grass. Thankfully they were spotted prior to the grass being cut, the worker immediately rang our rescue and Ann Kirton went to retrieve them. Ann initially thought she was going to pick up two kittens but on arrival six more had been found. Sadly the mother cat has not been found to help reunite the kittens. We think the mother cat is part of a feral colony and Ann will be out trying to trap the stray cat so that it can be micro-chipped and neutered. Nicki from St Francis currently has her hands full as she has taken on the task of hand rearing all six kittens.

St Francis now has a total of 23 kittens all looking for new homes, as well as older cats that are yet to find their new home!