We can seeeeee you! 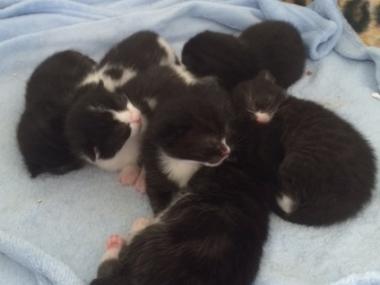 Their eyes are open and they move a lot faster than you think!

So all 7 kittens have opened thei eyes and are a great size. When I went to photograph them today, trying not to upset them and disturb Mam, I would take a photo of one and then put it back. Unfortunately, although my heart was in the right place, this meant that as soon as I put one back, took another one's photo and returned to the bunch, they had jiggled around and I had no idea who's photo I'd done and who's I hadnt! This resulted in someone getting done twice and someone not at all so I shall return over the next week to get more photos and add the forgotten brother/sister to the website; whoops!